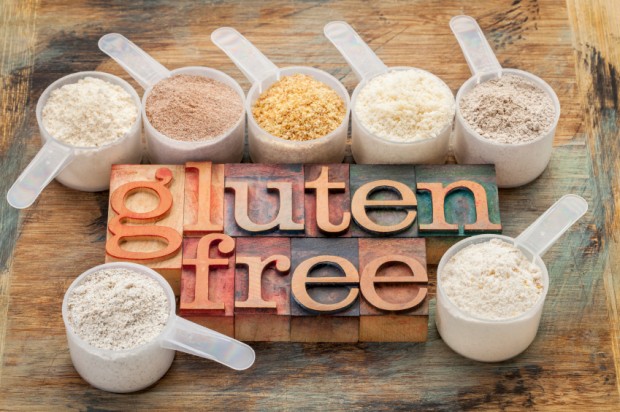 healthy advice or a fad?

I read in an article from the LA Times that a famous comedian stopped people on the streets of LA asking them if they could explain gluten. Not many could. Even people who religiously follow a gluten-free diet have trouble explaining gluten and why it so bad for you. Gluten is one very misunderstood – how should I say – substance?

“Haven’t you heard? I am on a GLUTEN-FREE diet now!”

Before diving into what gluten actually is, I will first explore the topic of dieting.

Americans have a love-hate relationship with dieting. Most people hate to diet. No, let me rephrase that -everyone hates to diet. Who in their right mind would want to limit their intake of good, tasty food and be hungry all the time? Not me and probably not you.

Yet we love fads. We want to find the one pesky food pariah that is making us fat and ruining our lives and eliminate it from our diet as quickly as possible.

As much as we dislike dieting, we as a group do an awful lot of it. Even thin and fit people tend to be on some kind of diet. There is a diet for everyone: Low carb, no carb, low fat, low calorie, high protein, vegetarian, vegan, raw and finally gluten- free.

Every decade seems to have its very own food trend.

Gluten. What are you?

So what exactly is gluten and why is it so bad for us? Gluten is a protein found in wheat and grain including barley, rye and oats. It is what gives elasticity to dough and helps in the rising process. Gluten can also be found in cosmetic and hair products, but it is mostly associated with bread, crackers, pasta and other carbohydrate rich foods.

The gluten- free diet is different from other diets because there really is an illness associated with gluten called celiac disease. Celiac disease is an auto-immune disorder in which the consumption of gluten can cause damage to the small intestines and interfere with the absorption of certain vitamins. The disease could result in severe abdominal pain, skin rashes and extreme fatigue.

However the number of people diagnosed with celiac disease is relatively small. Jodi Krumholz, Director of Nutrition at the Renfrew Center in Florida, a center for eating disorders, says that 20% of adults perceive they have a food allergy when in realty the number is much smaller. The percentage of people diagnosed with celiac disease is more like 1% of the total population. Ironically, many of those who suffer from the disorder don’t even know they have it and continue to consume gluten.

Food companies jumped on the gluten-free bandwagon and started selling gluten free everything. Even things that never contained gluten are now labeled “gluten-free ” (have you see bananas with a gluten-free sticker on them? Really?)

There is a lot of money to be made by fad diets. A lot. At this time the gluten-free food product market is estimated to be around $4 billion dollars and growing rapidly. One fact about American business food or otherwise: if there is money to be made off a fad then you can rest assured everyone wants to play a part.

Be Smart, Know Your Gluten Facts and Risks

The problem with this is that people who do not suffer from celiac disease start believing that gluten is bad for them and they start eating gluten-free without totally understanding why. They do so because their best friend is doing it or because they read it was the healthy thing to do.

It is possible that some gluten-free products may actually be higher in calories than those products that contain gluten. This would, of course, make the advantage of losing weight on a gluten-free diet much harder to achieve.

On the other hand, if people are honest with themselves and they really do feel better on a gluten-free diet then by all means keep going. It’s really just a matter of knowing why you are doing something and making sure it is the right thing to do.

As is always the case, before starting on any diet make sure to check with your doctor or a licensed nutritionist. If you search the Internet or buy books written by people in the medical profession make sure to look at both sides of the story. Believe it or not, there is a lot of misinformation on the internet and not all Drs. know everything there is to know about health and diet.

We are a nation obsessed with fads and diets and I suspect that will always be the case. We can learn to make healthy choices when eating and not make it an obsession by completely eliminating certain food groups and then realizing it was really another food group that was the enemy all along.

Make wise choices based on accurate information and what works best for your body. Avoid fads unless the fad is based on good scientific information. If you suspect you have celiac disease, please see a Dr, and it can be determined very easily by a simple blood test.

Gluten may or may not be the enemy; misinformation most certainly is.

About the Author: Devra Swiger is the owner of Ab Pilates in Huntington Beach, CA. She started teaching Pilates in 1999 after 6 years of teaching fitness. She became certified with Polestar Pilates, Colleen Glenn, PhysicalMind and also apprenticed with a classically trained instructor in Charlotte, NC. Since that time she has studied with both classically and contemporary trained teachers. She is currently studying with Jennifer Kries in San Diego, CA. In addition to Pilates, Devra loves yoga, dance, cycling and running.