Keeping Men in the Pilates Studio 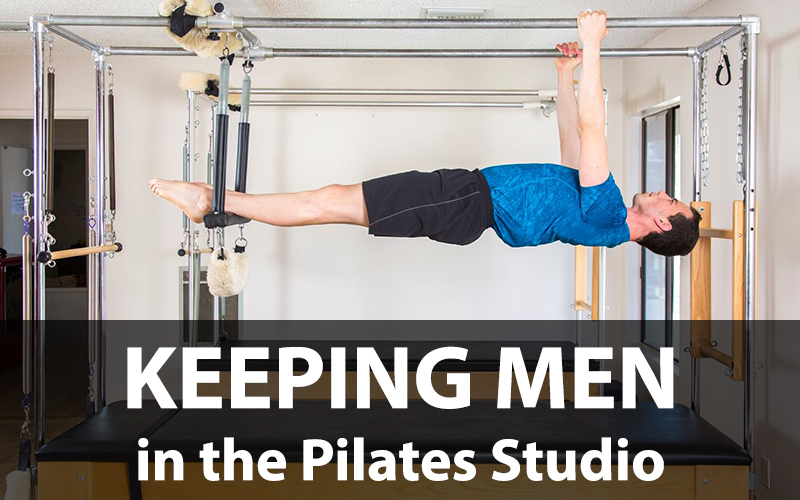 *Disclaimer: The binary references to men & women refer to one’s biological sex rather than their gender identity. I also apologize for any heteronormativity that may be present in this article as it is meant to portray the stereotypical male client.

Pilates was originally intended for men, by a man, but decades later we find ourselves continuing the struggle of getting men interested in the work.

I say it has little to do with the exercises, but very much to do its delivery. We have all witnessed the man who is captain of the Tight Hamstrings Club moan and groan during their initial performance of elephant on the Reformer. It is instantly humbling, and they are immediately relieved once it is over.

How about the series-of-five? That’s an absolute burner.

So why is Pilates not popular with the fellas?

I will always remember the first time I was told to move my kitty tail in various directions while learning “sexy cat” on the mat. The mechanics of the movement were wonderful, and my body needed it more than I can express, but I found myself more insecure about the sexiness of my masculine kitty than embodying the essence of the movement. Yes, I was coming from an insecure sense of self, but so are most of the men walking into the Pilates studio.

Thankfully, I continued my Pilates journey and I am who I am today because of it, but I often wonder how many men we have failed to inspire with Pilates due to the feminization of this work? How many men chose not to return because they were told to wrap a corset around their waist in order to engage their powerhouse and pick up daisies off the floor during side-splits? What if they were encouraged to wrap a weight belt around their waist, or pick up their keys during side-splits?

It is just as important to allow a man to fit-in with others during group sessions. I have been the only male in countless classes in which the teacher uses the cue, “Okay ladies” or even worse “Okay ladies, and oh yeah the gentleman in class too.” Something as simple as this can alter the experience men have in the Pilates studio in which the fact that they are the lone wolf is amplified. It can become a foreign environment and even more intimidating than the torture chamber-like equipment already is for the common folk.

Is it a terrible thing that our words slip like this? Not really, but it beats the drum of preventing a strong male presence in the Pilates studio.

To be clear, what I am advocating for is the heightened inclusivity of both men and women in this industry. Our cues should be tailored to the individual(s) in front of us, rather than an exercise. Just as we are seeking to manage the flexibility of our client’s body, we need to be flexible with our communication. 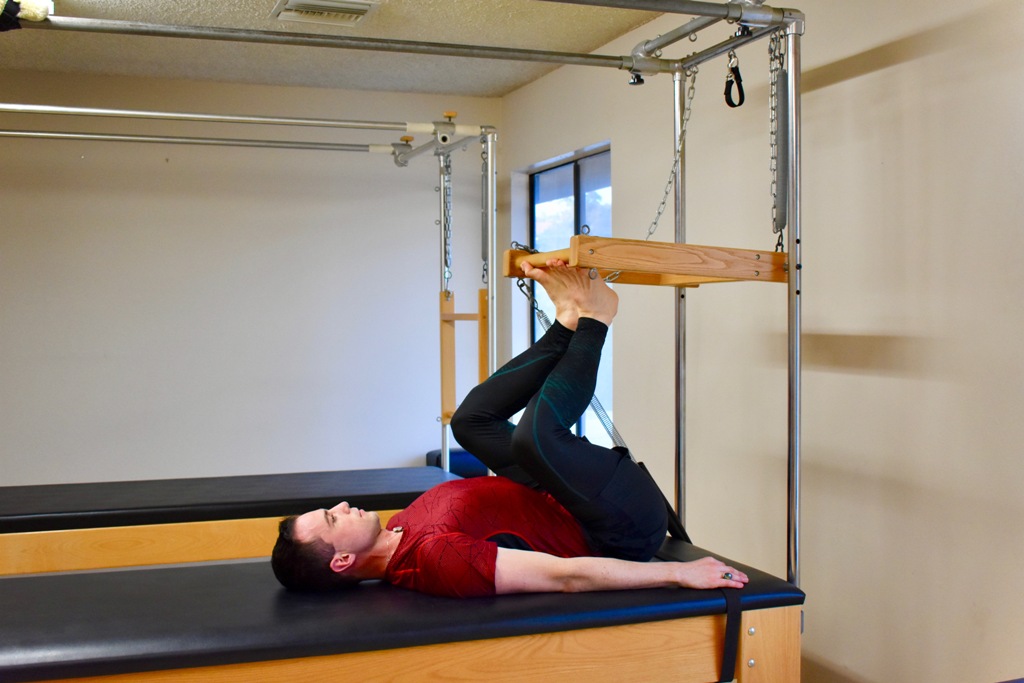 Pilates Cues that Will Not Scare away Men from the Class

1. Common Cue: “Imagine you were wearing a corset, and someone was tightening it around your waist.”

2. Common Cue: “Bend at your waist like a barbie doll”

Although these may seem trivial in a Pilates session, it may be a make-or-break situation to a male client. It is also common that a man may not ‘feel’ the session in the way he may be used to feeling a typical workout, and although we want to keep it Pilates, we also need to satisfy this common desire if we would like them to return.

How do we do this? One way is loading the springs.

This may make some of us cringe and claim that they need to find the ‘connection’ with the standard spring setting. My response is simply, “Well, how’s that working out? They aren’t in the studio.”

Not only would loading the springs potentially satisfy the ego of typical male client, but it’s often times physiologically appropriate to do so. As Andrea Cespedes reported in her Livestrong article, it has been found over and over again that on average men tend to be composed of more muscle mass than women. The article referred to a study in which found that men had an average 72.6 pounds of muscle and women had 46.2 pounds. With about a 33% difference in muscle mass, it makes little sense for us to load these two different bodies with same spring(s). Yes, our original training may suggest a certain spring-load for an exercise, but as critical thinkers we are allowed to break ‘the rules’ if we can justify doing so. For each student to experience the exercise similarly we need to load them appropriately in order to bring about a particular sensation (which varies from individual to individual), and with the case of the typical male do not hesitate to add that additional spring.

At the end of the day, we are truly blessed to be able to share the work we love so much, and we all know how much men can benefit from Pilates. We need to do our job of delivering it in a relatable fashion while allowing them to feel comfortable in our studios and feel the work they are performing.

I am thrilled to be a part of this movement community, and we are stronger together. 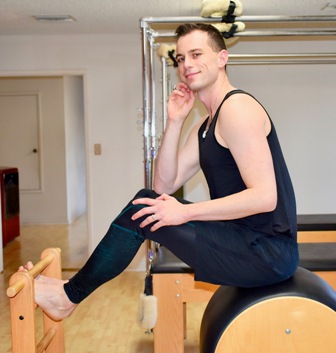 Adam McAtee has been teaching Pilates since 2010 and is classically certified through The Pilates Institute of Southern California. With his lust for further education Adam has chosen to pursue a Bachelor’s of Science in Kinesiology Exercise Science at California State University of Long Beach in which he is currently enrolled. He is pursuing further education through Stott Pilates, as well as NASM’s personal trainer program. Adam has spent his years teaching in boutique studios, big box gyms, schools, as well as physical therapy clinics. Through the diversity of these settings Adam has expanded on his classical training to include more contemporary as well as therapeutic exercises to add more tools to his tool box. To get in touch with Adam you can reach out to his Instagram feed @Adam_McAtee_Pilates

6 comments on “Keeping Men in the Pilates Studio”