From The Hundred To Push Up in 34 Connected Moves 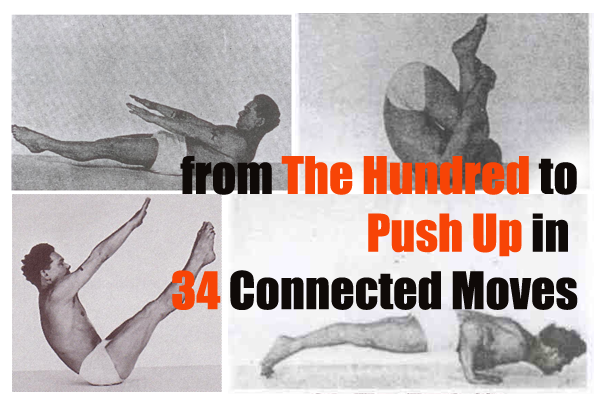 by Sunni Almond
I’ve been on this Pilates journey for many years now, and it’s only in the last few that I think I’ve finally got the idea. WHY has it taken me SO long to figure it out? It’s really simple and yet so complicated all at the same time. This is not an argument for or against contemporary or classical, but I must say that not until I recognized that there is an ORDER that should be followed (leaving out what isn’t appropriate for a given individual), did things really start to make sense.

I thought it was simply a lot of exercises and choices I could pick from and pick apart to make classes and lessons more interesting both for the clients and for me.

I now get just how wrong I was…

Did I hurt anyone? No.

Was it Pilates? No.

I didn’t know that I didn’t get it. I was hip, cool, fun, and had full classes, but I sensed that there was more to it. Otherwise why would there be so many books, educational workshops and conferences? I just have this drive to figure things out, and so I read, study, take classes, watch videos, and try to master what I can.

Just because you have a mat or a reformer or a trap table etc does not mean that what you are doing on it is Pilates. I GET IT!!!

I’ve read the book Return To Life many times, but for some reason never put together that it details The Method, (pun intended) to the madness.

My friend Benjamin Degenhardt plays what I call the game of What’s Old, What’s New. He looks at the exercises starting with the components of the Hundred all the way through to Push Ups on the mat and teaches them in such a way that it makes complete sense.

We have learned to lift our head, neck and chest, breathing fully as we move our outstretched arms as we lift the legs (held together as one), lengthened them away from our center to a place we can control, kept the abs from popping as the spine settles into the mat arms reaching past the hips.

Next exercise brings “what’s old”? Breathing, lying on our back, legs lengthened away, head, neck and chest get to lift, and arms reach. What’s new? We continue the lift of the head neck and chest, curling the upper body up off the mat and rolling through our spine, arms reaching behind us to start, then follow the path of the body until they reach towards the feet, as the legs are held firmly together as one … and so it goes all the way through the complete 34 mat exercises.

Each new exercise brings both new and old skills to the table. You have to EARN the RIGHT to move on, to advance. It isn’t fair to ask a deconditioned or unready body to do things it hasn’t prepared for.

Another friend, Kathi Ross-Nash, has what she calls her Red Thread theory. I will use Spine Stretch as an example. Where else in the studio do you see that shape? Saw, Rocker With Open Legs, Horseback, The Push Through, or Elephant, for instance. ( I know, not all mat… But it IS a system!)

Take the Teaser….it’s the Hundred, Roll Up & Rollover, Boomerang, Control Balance..turn it on it’s side and it’s the Side Kick Series, for just a few examples. She also had another way to describe Pilates:

‘Exercises in the method are not individual exercises yet one continuous exercise that changes shape as the spine continuously moves through stability, and all planes of action increasing in difficulty and complexity and dynamics.”
~ Kathi Ross-Nash

Anyway, it’s been said that we only have one exercise, and that exercise is the Double Leg Pull, (or stretch) depending on which camp you’re in. I’m in Camp Pilates, and the smallest part of it is choreography in my humble opinion anyway. You gotta know the when (to move), where (to move or stabilize), and why (the goal). 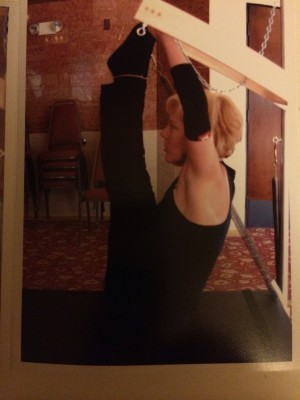 Sunni Almond is a true believer in the power of Classical Pilates, the one that came from Joe and Clara Pilates. She teaches Classical Pilates on classical apparatus in her studio Studio S Pilates in Temecula, CA. Check out Sunny’s studio or contact her to schedule a session – click here.