All Roads Lead to Joe

A road with many twists and turns: Cheerleader, Gymnast, Modern Dancer, Iyengar Yoga Teacher, Communication and Wellness Consultant and last but not least Pilates Aficionado. While teaching Pilates and managing a studio is where I am now, the various paths that led to here are most definitely connected. Let’s start with the Cliff Notes version of Midwest Girl goes to New York City then on to The Netherlands and ends up in sunny California.

I grew up Quincy, Illinois, daughter of a successful basketball coach, Mom of many talents and brother extraordinaire.Took my first dance class at age three and was hooked from that moment on. At that same time, I became the mascot for our father’s team, the Quincy Blue Devils. This passion for dance, cheerleading and gymnastics all morphed into one huge dream of life = movement. (little did I know that would later be Pilates)

Became a member of my first dance company, Pamela Bedford Dance Theater at age 15. This launching pad sent me to Indiana University’s Dance Program. After graduating IU, I continued my performing career in Chicago with Akasha and Co. on to New York City working with a host of choreographers and productions then finally spent the last two decades of my life as a dancer in Amsterdam. And yes, I speak Dutch! (Echt waar)

Throughout my performing life I dabbled in Pilates. At times more than others. I was first and foremost hooked on Iyengar Yoga. Became certified at the Amsterdam Yoga Centrum with Cle Souren and Nanda Peek. I also became part of the Teacher Trainer Exam Board and Anatomy Instructor for the Netherlands Iyengar Association.

As the consummate student along the way I got a couple extra educational degrees. In 1997 Indiana University invited me back as an Artist in Residence for their Modern Dance program. During that year, besides teaching dance, I obtained my Master of Science degree in Kinesiology. Then later in 2007 I went back to school again (there is a theme here somewhere) and received my MBA from the University of San Francisco.

OK so what about the Pilates! After all the years of dance and then many years of yoga I developed a chronic hamstring issue. While I had great care from my physical therapist and dear friend, Ted Willemsen (left the world recently much too soon), yoga continued to aggravate my issue, to the point change or else.

Around this time my lovely boyfriend (now fabulous hubby Robert) and I started taking lessons from Marjorie Owen in Scheveningen, I had in NYC, London and other cities taken all kinds of Pilates’ instruction from diverse Pilates teachers but none consistently and or dedicatedly, because of my first love for dance and Iyengar Yoga.

Not sure of where we might ultimately locate, US or Europe, both Robert and I decided to get certified by Power Pilates. We were very enthusiastic about the teaching of Bob Liekens, who tragically passed away this year.

After we relocated to the US in 2005, we made the big plunge to open our own studio in the San Francisco area: East Bay Pilates, which we ran up until we sold the business in October of 2018. It was a wonderful ride in the Bay Area, but change was again in the air.

Having now taught Classical Pilates since 1999 I felt the real need to be part of a stronger Pilates community that was totally devoted to Joe’s real method. I wanted a place to take lessons and feel a sense of dedication to teaching as it was intended. Thus, went back for a second Pilates certification with Romana’s Pilates under the tutelage of Trish Garland at Garland Pilates. Trish, Michael Levy, Michael Goodell, and Cynthia Lochard are all part of a great RP Senior Teacher Team.

Finally arriving here today in sunny LA! Having relinquished the roles of studio ownership into that of simply being a Pilates instructor, I guess one could say, I’m in my second retirement phase. Enjoying it wholeheartedly. Where you can find me (if looking that is) as the Pilates’ Coordinator at Equinox in Glendale and at True Pilates Pasadena. Come visit!

P.S.
Two side projects I’m super proud of are theArt of Pilates photo book which can be found online here. And my book: Finding Lifestyle Sanity: A Survival Guide, a no-nonsense guide to movement, nutrition and mindset.

My motto: Old school: the order, the method, hands-on, be strict, laugh hard = gets results! 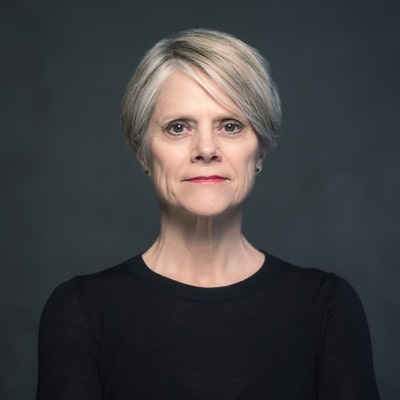 Krisna Lee Hanks is a comprehensively certified Romana’s Pilates and Power Pilates teacher. She holds a MS in Kinesiology and MBA along with certifications in Iyengar Yoga, Worksite Wellness, Senior Fitness and is an avid nutrition geek. Her background included a life as a professional dancer followed by years as a worksite wellness and communication consultant. Currently lives in Pasadena after many years in Amsterdam with her husband Robert Surenbroek.

2 comments on “All Roads Lead to Joe”